← more from
Auand
Get fresh music recommendations delivered to your inbox every Friday.

Daily Diary Of A Robot 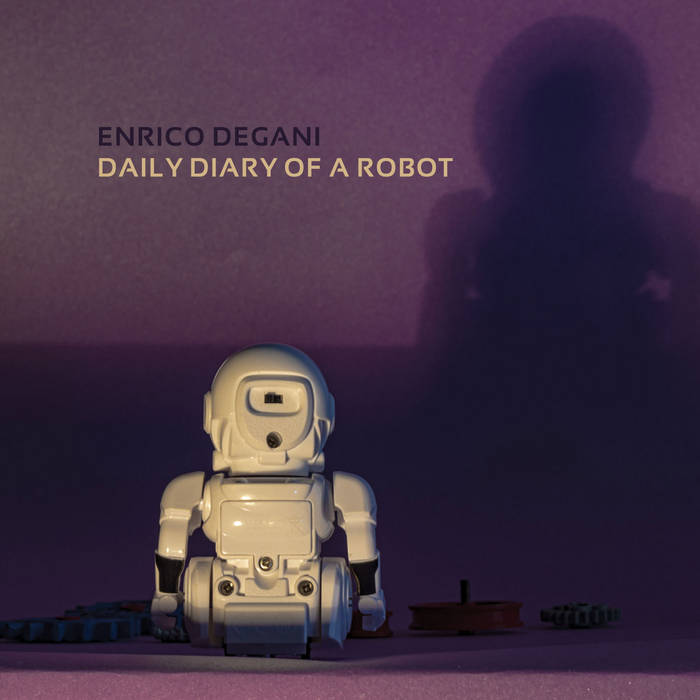 “Daily Diary Of A Robot”, Enrico Degani new album
Out now on Auand Records
First solo album for the Italian guitar player and composer
A research on a new digital humanism

The four EPs will be out every second Friday of the month, starting from April 9th (the others will be on May 14th, June 11th, and July 9th). The CD, which will include the entire work, will be released on April 23rd.

“Daily Diary Of a Robot” is a turning point for Degani. After several collaborations in the jazz scene (Louis Sclavis, Andrea Ayassot), and after working with Fabrizio Modonese Palumbo (their duo album “Time Lapses” is out on Auand Records as well), Degani has decided to step up his game as an artist in his solo album, and has created an original way of expression using many different instruments. «My collaborators in this album – Degani says – are a telecaster, a keyboard, a Korg Volca Beats drum machine, a colorful Glockenspiel, a classical guitar, some small clothespins, some mics, and my voice.»

The four EPs are chapters of a story, each describing a different life stage of an android: birth, youth, adult age, wisdom. Dealing with a very close future, and just like in Philip Dick Do Androids Dream of Electric Sheep?, Degani reflects on the complex nature and differences between human and android beings.

«It all starts – Degani adds – from the will to describe the emotions of an identity that is forcefully robotic, and yet full of hopes, fears, and dreams. Every day, we experience how big the impact of the digital world is in our lives. People allow their avatars to take more and more space, and the endless shades of real personalities must navigate pressing standards. Therefore, I imagined the secret journal of a robot who, in between tasks, allows itself to linger in imperfection, to look at the sun and its shadows. A perfect machine that, ironically, can’t give away its consciousness, its identity. A machine that hesitates and astounds. Somehow, my belief (or is it just hope?) is that robots will never stop dreaming of electric sheeps either.»

«The music I conceived for this album – Degani ends – tries to emerge from the narrow spaces of an almost inexpressive and unchallengeable digital normal. I would say it’s an album of electronic music, however electronic tries very hard to sound analogic here. The perfection of digital leaves room to a sort of humanization of the sampled sounds, making them imperfect, searching their souls. Unlike Kraftwerk “We are the robots”, the humanization of robots prevails here. It’s not a human turning into a robot – it’s a robot turning into a human.»

He has collaborated with Louis Sclavis, Gavino Murgia, Diana Torto, Michele Rabbia, Achille Succi, Andrea Ayace Ayassot and many other.

Bandcamp Daily  your guide to the world of Bandcamp

Lance Skiiiwalker joins the show to discuss his most recent releases